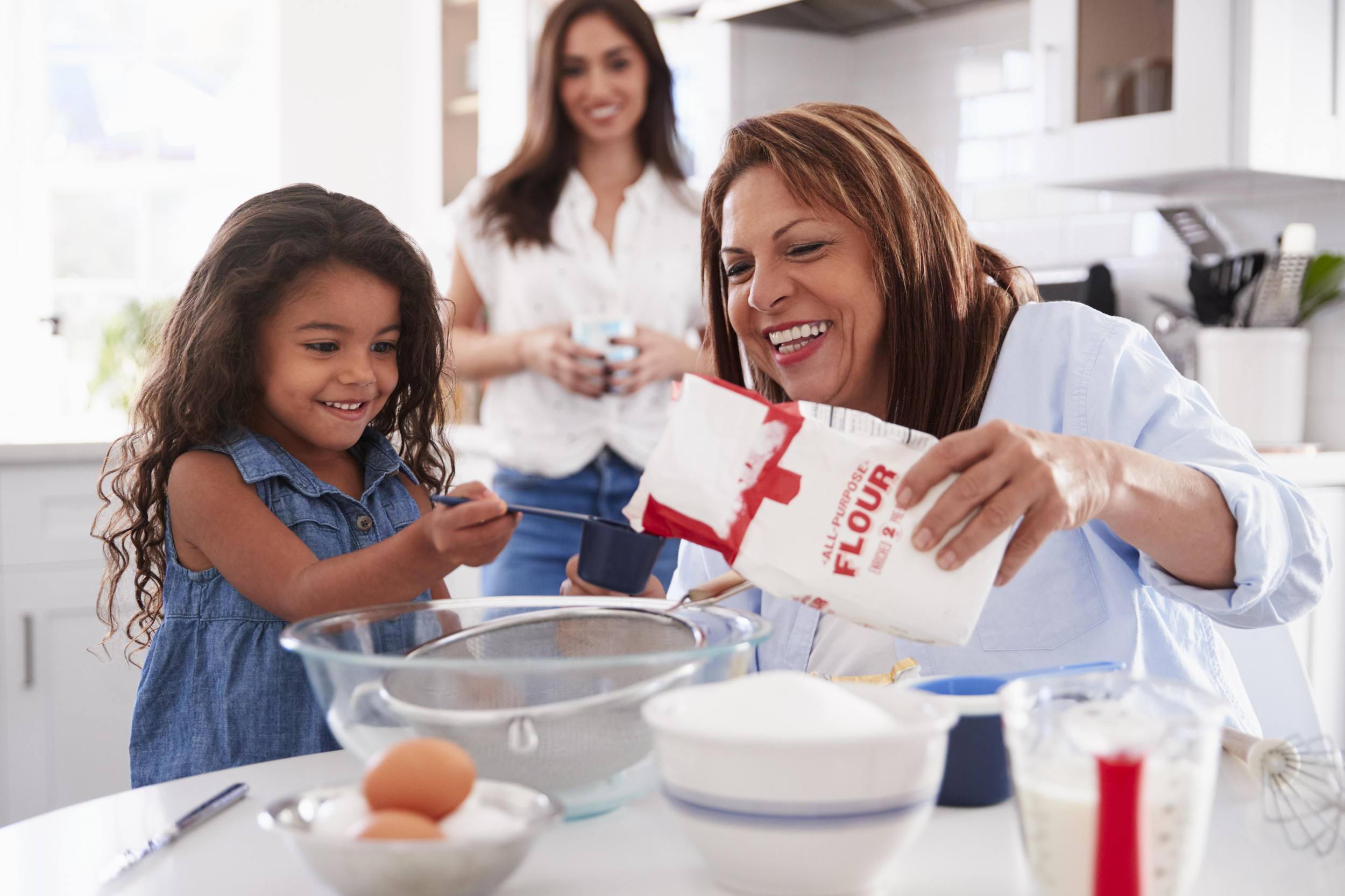 Weathering the storm together: The pandemic tightens family ties

Weathering the storm together: The pandemic tightens family ties

The COVID-19 pandemic has accelerated many trends, very noticeably in how we use information and communications technology to work, learn, socialize, and receive products and services including health care remotely. The pandemic is also accelerating the trend toward greater family, community, and intergenerational connection. We are collectively pausing to consider what matters most in life, and family, friends, and relationships are most often atop the list. Two-thirds of Americans say the pandemic has brought them closer to their family.

Recently released research from Edward Jones, Age Wave (our research organization), and The Harris Poll finds that the pandemic has led older Americans to worry about their children more and talk to them more. And it goes both ways – American adults with living parents are worrying about them more and communicating with them more often.

Families are also moving in together as more early adults, sometimes with young families in tow, “boomerang” home to live with their parents, and as older parents move in to receive needed care. Multigenerational households (those with more than one generation of adults) have been on a steady rise for the past 40 years, and one on five American households is now multigenerational. Lost employment and health concerns in the pandemic are motivating families to combine, temporarily if not permanently.

The youngest generation of adults (Gen Z, 18-23 years old) are most likely to have received financial support from their parents (37%), moved in with their parents (26%), and relied more on their parents in general (35%) amid the pandemic. But again it’s not a one-way street. Nearly one in five retirees say they are relying more on their adult children because of COVID-19, and among Americans age 75 and older it’s one in four. There’s a kind of intergenerational exchange going on. Gen Z is receiving the most support, and 43% of them say they have helped their parents with technology during the pandemic – setting up videoconferencing and getting more adept at ordering products and consuming services online.

This growing interdependence is happening against a backdrop of changing family structure. Greater longevity and evolving social norms are redefining the meaning of “family.” One American in three is part of a four-generation family – parents, children, grandchildren, great-grandchildren – and five- and even six-generation families are becoming more common. So are blended families. Two-thirds of remarriages involve children from previous marriages, and 40% of Americans have at lease one step-relative. One-parent households are on the rise, as are single-person households, including among older adults who are divorced, widowed, or always single. The “nuclear family” of married couples with 2.5 children turns out to have been a rather short-lived American phenomenon.

Over 70 million Americans are grandparents, and they are a growing force in family life. Nearby or live-in grandparents are the primary childcare providers for one in four children of preschool age. Some 4.6 million children live in the same household as their grandparents, almost half of them with no parents on hand. Generosity is most grandparents’ calling card. They spend an estimated $18 billion annually on clothes for grandchildren, $15 billion on toys, $10 billion on vacations, and over $30 billion toward college costs. That leads to an interesting question that consumer products and services providers can’t ignore: Who’s the buyer? Today’s new retirees may be buying and spending on behalf of four generations – their children, grandchildren, parents, and themselves.

We said the meaning of “family” is changing. That’s literally true, especially among younger generations. Gen Z overwhelmingly defines family as “anyone they love and care for, regardless of whether they are related by blood, marriage or adoption.” Two-thirds of Millennials and Gen X agree. They believe in “families of affinity,” or “families of choice.” Although many older Americans think more traditionally about family, the majority agree with the younger generations.

Most people do whatever it takes, personally and financially, to support family members in need. Seven in ten retirees say they are willing to offer financial support to the family, even if it could jeopardize their own financial futures. Those who are parents and grandparents are even more willing to do so.

In our new book, What Retirees Want: A Holistic View of Life’s Third Age, we detail the financial – and often emotional – pitfalls of playing what we call the “family bank” by lending or more often simply giving, money to family members. The bank was open 24/7, in person and remotely, long before the pandemic.

The family bank may help meet a one-time need, such as an extraordinary medical expense, or it could provide ongoing everyday assistance over the course of many years. The most common recipients are adult children, but others include parents or in-laws, grandchildren, and other relatives. HSBC reports that globally 50% of parents provide regular financial support to their children over 18, and 54% provide support to their parents. The aggregate annual amount spent by all parents on early adult children is enormous – over $500 billion, or twice what they put into their retirement accounts. Educational expenses account for only one-fourth of the total.

Why do people, even on fixed incomes and tight budgets in retirement, play the family banker? Half say they felt an obligation to family members, but eight in ten simply say, “It’s the right thing to do.” However, few retirees or pre-retirees anticipate and plan for providing financial support to family members. Nine in ten have never budgeted for such support, including the easily envisioned need to assist aging parents. And most have never really discussed expectations and terms between giver and recipient. In retrospect, family bankers often wish they’d established clearer expectations and limits, especially with adult children.

This generosity can backfire when people sacrifice their own retirement savings and financial security to support family members. And being generous today can mean being strapped tomorrow, perhaps to the point of becoming a burden on those family members, something that retirees from all walks of life tell us they dread.

Family and intergenerational generosity is the rule, perhaps never more so than in this pandemic. But it’s still worth anticipating what extraordinary financial support may cost the whole family – not just the generous individual or couple – down the road.

This article was written by Ken Dychtwald and Bob Morison from Forbes and was legally licensed through the Industry Dive publisher network. Please direct all licensing questions to legal@industrydive.com.

Related Topics
April 09, 2021
Is your relationship moving to the next level? Maybe your money should too
April 06, 2021
Spring cleaning: Financial edition
March 05, 2021
What is credit, and why do you need it?